Examining the words fat positivity, one might think that they are self-explanatory although there isn’t an agreed-upon meaning. The definition varies according to what fat activists believe and promote. I don’t mean to say that as an insult but as a reality.

If we were to assume the meaning we might think that fat positivity is very much related to body positivity, and it is, both terms are sometimes used interchangeably. However, the term body positive was initially used by people with disabilities, scars or injures, war veterans, and the like. But starting around 2012 the term has been appropriated by fat activists who don’t want to feel pressured into societal norms about body image. Or at least that’s what some say; others link the term with feminism and blame the patriarchy for creating the rules and standards that oppress women. So it would seem this is a liberation movement, where women take control over their bodies and don’t care about what people think, they love themselves with body rolls, cellulitis, stretch marks, and whatever “imperfections” they might have.

Now that all seems very reasonable, I could get behind that, I believe there’s some truth to what fat activist are preaching, women do feel pressured to fit a sometimes impossible ideal; I would add that many times, it is women who shame other women for their perceived flaws, but regardless, women are bombarded with images of perfection, whatever that means for the moment, and we’re made to feel bad about the way we look, leading to sometimes unhealthy ways to try and achieve “body goals”. I think this is harmful; especially for young girls that don’t quite understand that most of what they’re watching is fake or highly altered, and on many occasions, the “body goals” are impossible; some influencers have such tiny waists that they must have sold their organs on the black market, or an ass so huge that you wonder how can one sit with that.

All of that is problematic and can lead to body dysmorphia or eating disorders, all very serious issues. But fat or body positivity is not the answer to solve them because this movement is not really about accepting yourself as you are it’s actually about finding validation for an unhealthy lifestyle. This is a community where women because it’s mostly women, pat each other on the back and discuss how everyone is being mean to them; it is also a hypocritical movement, they preach acceptance but if you’re thin or athletic or have lost a lot of weight and want to show it, they will attack you. They apply the term fatphobic to anyone that disagrees or points out that being fat is not healthy; if you promote weight loss even through healthy means, beware.

This term doesn’t mean you’re afraid of fat exactly, according to the movement it involves: airlines that don’t have super-sized sits, restaurants that can’t accommodate a morbidly obese person, the doctor that always links all of your health issues with your weight (that I can agree with a bit, but fat activists take it to another level), the colleague that remarks about your weight gain or suggests you take a smaller slice of cake, the clothing industry that doesn’t make 10XL size clothing, and the list goes on. Fat phobic is pretty much all that don’t fully accept and accommodate your fatness and everyone that wants you to lose weight.

As an overweight person, I think this movement is dangerous, it’s actively promoting fatness, and that is not right. I can only imagine where I would be if I found this movement sooner, a community that tells me it’s ok to eat what I like, that I don’t have to deny myself anything, that I can do whatever makes me happy, that I don’t have to stop, and that I could be healthy at any size. These are all very dangerous lies that could ruin lives.

Overweight and obese people, in many cases, are dealing with personal issues through food, food can be an addiction and you cannot tell an addict to have their drug of choice freely and without regrets, that addict will eventually kill him or herself.

By and large, people need to accept and love themselves, but that doesn’t mean we should give up and walk towards the cliff with a smile on our faces. As adults, we need to take responsibility for our actions and do something about our bad habits, trying always to learn and improve ourselves. Cuddling to a community that validates your worst impulses can lead to irreparable damage for the individual and the community. 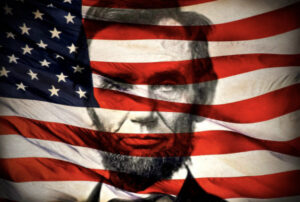